Traditional beer distributors find themselves at a crossroads. As brewers proliferate and inventories of beer build, consumers become ever more promiscuous. The result is that brewers find ways to go-to-market without distributors using new technologies that promise to dramatically change how sales and distribution happen. Distributors are realizing that this is not like the ‘old days’.

What are distributors supposed to do? Wait for these changes to overwhelm them?  Wait for the ‘Amazon-of-beer’ (or maybe Amazon itself) to slowly but surely take their suppliers and customers?  Or should they lead the inevitable transformation of the industry and position themselves as a 21st-century distributor and profit and grow from these changes?

Becoming a 21st-century distributor starts with understanding that a distributor needs to be able to support all types of go-to-market strategies of brewers and purchasing strategies of all the retail channels in their market area. Not just the traditional 3-tiered model with what has been the backbone of the industry for so long. As many are discovering, the traditional model is not where all the growth is and, with the explosion of new beers and brewers, the strategy of signing up as many brewers as possible and waiting for the cream to rise to the top doesn’t work anymore. It is too costly and distracting. A 21st-century distributor will provide services to all sorts of suppliers and retailers.  Whether brewers want to self-distribute and are looking for a pickup and delivery service, or want to assign some, but not all, of their target markets to a distributor, or they even want to split distribution by product (where legal), the 21st-century distributor will be there to provide professional services with profitability for everyone. They will become the linchpin to the next iteration of the U.S. beer industry. Just like they were for the last one – the craft beer movement itself.

In order to become a 21st-century distributor, distributors will also need to adopt 21st-century selling and supply chain technologies to lower their cost base and increase the overall efficiency of the industry. The technologies and platforms specifically for the U.S. alcohol industry are just starting to emerge for everything from one-stop-shopping for retailers, online selling by brewers and distributors, logistics and delivery, invoice tracking and compliance.

The most advanced of these provide all this on one platform at a much lower cost than buying the pieces separately or as add-ons to existing software. AmericanCraftBrands.com platform is one such offering. We have created the first of its kind integrated and permissioned (private) platform to connect all 3 tiers of licensed players. An ecosystem for, by, and with the licensed participants that allows them to bring regulatorily-compliant e-commerce to all forms of transactions between them.  It is the first step in a longer-term roadmap to create a permissioned blockchain ecosystem for the industry.

The only way to make sure that the coming transformation benefits those who helped build the craft beer industry is for change to come from within, which requires a change in the mindset of distributors. Making the change and accepting the new go-to-market strategies that brewers are creating is a tough choice for distributors. It means changes in operating procedures and, maybe, more importantly, adopting new technologies that allow them to profitably support all those new go-to-market strategies. The good news is that AmericanCraftBrands.com provides the technologies to transform the distributor business model and thrive in the new world. 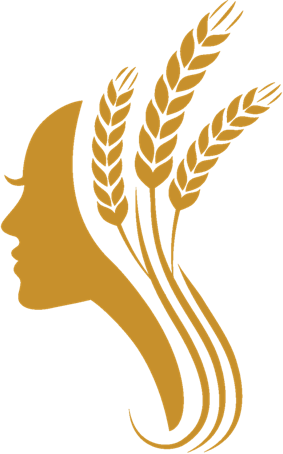